Since realising that the pharmaceutical approach wasn’t for me I’ve tried out a whole bunch of holistic therapies in a bid to sort out my anxiety. Most medical doctors will say they’re a lot of stuff and nonsense and some of them probably are, but from my personal experience, a few can really alleviate the symptoms if not necessarily leading to permanent ‘cure’. Here are the one’s I’ve tried.

More than anything I’ve ever tried, I’ve really found reiki to have the most instant and profound effect. Meaning ‘Universal Life Energy’ in Japanese, it is a type of healing energy that working through the chakra system (energetic centres throughout the body), unblocking and bringing balance to what can be the rather choppy waters of an anxiety sufferer.

You can learn to do it on yourself through a series of attunements, but I’ve found it much more effective receiving it from a trained practitioner. I’ve gone into a session feeling pretty close to the edge and come out renewed and vibrationally different. If I could afford to have it every day I would!

One of the side effects of chronic anxiety is muscle tension, so what better way to loosen up those tight muscles than a decent massage. Not only that, it activates the parasympathetic nervous system – the opposite to fight or flight, lowers blood pressure and is a good detox to the body. For extra anti-anxiety benefit, why not try an aromatherapy massage with essential oils such as lavender and ylang ylang.

One of the few times I’ve managed to totally switch off and nod off into a dribbling slumber, was during a reflexology session. Reflexology is a therapy focussing on points found in the feet (but also the hands and ears) that reflect areas, organs and systems of the body. Most anxiety sufferers will jump off the massage couch when the therapist touches the spot corresponding to their adrenals which tend to be sensitive in chronic stress. For maximum results, it’s worth investing in a series of treatments as the effects are cumulative.

Acupuncture is an ancient form of medicine coming originally from China. It’s based on the principle that we have an energetic life force called Chi or Qi that’s vital to good health. Unfortunately, it can become blocked and so fine needles are placed in a network of points around the body to get this energy back into balance again.

Some traditional chinese medicine practitioners also think in terms of elements which have things such as organs, health conditions and emotions associated with them. My element is water and guess what the emotion is: you guessed it fear.

Again you have to treat acupuncture as an investment. It may not help over night, but I do believe with persistence over time, it will help to bring your system back into balance again and ease anxiety symptoms. 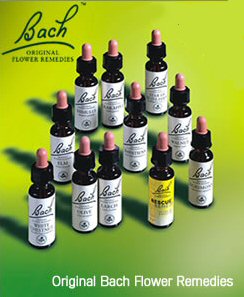 I remember when I first heard of Bach Flower Remedies, I was like ‘So this dude went wandering out in his garden in England, had a chat with the flowers who then told him how they could help all these mental malaises – yeah right!’

It just seemed so unbelievable at the time. But anyway, fast forward twenty years and now everything seems within the realms of possibility and it’s true, Bach flowers, in which different flowers are said to help with various emotional imbalances, have given me some respite in the past. The best thing is to get a consultation with a trained Bach Flower therapist who will make up a mixture to suit your own unique needs.

If you are looking for a holistic treatment for anxiety I hope some of these methods inspire you. Let me know in the comments what has worked for you or if you think this is just a bunch of new age crap. 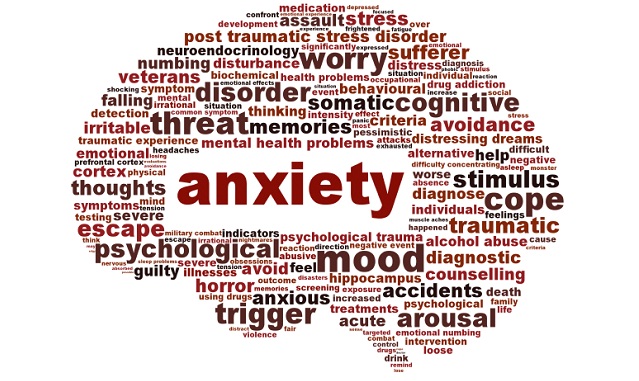 A common misconception about anxiety is that fear is bad, whereas we are biologically programmed to feel fear in order to protect us from bad things happening. If we didn’t experience fear from time to time, we’d never know when to proceed with caution in dangerous situations and we’d get hurt.

The trouble is that with anxiety, that fear mechanism has become oversensitized so that in the case of conditions like Generalised Anxiety Disorder it’s on constant loop or in panic attacks can lead to someone thinking they are going to die when there is no danger at all.

Either way it sucks as when it happens over a long period of time, it’s often accompanied by depression, social isolation, difficulties at work and in relationships.

This blog, written by an anxiety sufferer, seeks to give some handy pointers to steps that can be taken before turning to prescription medication, but in the end it’s up to you to find your own way of what works for you.

But just remember you are not alone. 1 in 5 of the population in the US and approximately 60 million people in the European Union suffer from anxiety. So while your nearest and dearest may not understand you, there’s vast swathes of the population that do.