I remember the first time I got full on anxiety symptoms I had no idea what the f**k was happening to me. I had no idea about natural remedies for anxiety, I remember it clearly, being in the office where I was producing a TV series, calling in utter panic my GP surgery and the doctor talking to me over the phone saying, come in and he’ll give me some beta blockers. ‘Great!’ I thought. ‘Drugs will instantly make me feel better’. Turns out the beta blockers, which slow down the heart rate, just made feel feel weird and woozy, so I decided never to take them again. Same goes for the anti-depressants that left me with heart palpitations for 24 hours after taking a single pill.

So that just left me with nature’s own remedies. That’s not to say that nature is a woose compared to pharmaceuticals. She’s got some quite serious plants in her medicine cabinet that have scientifically proven effects. So here are a bunch that if nothing else will help calm your overstressed nervous system.

Otherwise known as Hypericum, it is a well known remedy for mild to moderate depression showing the same if not greater efficacy that many antidepressants. This probably isn’t going to help if you are a panic attack sufferer, but seeing as depression often goes hand in hand with anxiety, it’s a good remedy to try. Be sure to ask your doctor’s advice though as it can interact with prescribed medication.

There’s no more a relaxing end to the day than sipping on a cup of chamomile tea, maybe this is because some of its compounds bind to the same receptors as valium. You can also take it as a supplement, typically standardized to contain 1.2% apigenin (the active ingredient), along with dried chamomile flowers.

While we’re on the tea front, green tea is known to centre the mind, buddhist monks drink it before meditation apparently as it contains the amino acid L-theanine which in high doses is said to help anxiety. It’s also an antioxidant and good for the heart – what’s not to love?

Don’t be put off by the funky taste, valerian really is a natural sedative so potent that it’s not advisable to drive or operate heavy machinery after taking some. Perfect if anxiety is hampering your sleep.

Contrary to its name, this isn’t an aphrodisiac, but is actually a natural sedative. Some studies say it can reduce the nervousness associated with anxiety more effectively than prescription drugs. But be sure not to mix with other prescription sedatives.

One of the go-to essences in aromatherapy for relaxation, lavender is believed to calm the nervous system. It’s one of the few aromatherapy essences that are ok to apply directly to the skin, so add a couple of drops to a bath, on the temples or on your pillow to breath in the soothing aroma.

Yes you heard it right. Before it was deemed illegal in most countries in the world, cannabis was used for thousands of years to treat a whole host of ailments, including anxiety and depression. These days apart from a few places where it’s allowed for medical use, using cannabis remains against the law because it contains something called THC, the bit that gets you stoned.

But scientists have isolated another compound in the plant called Cannabidiol or CBD which is non psychoactive and many people find reduces anxiety and aids concentration.

It’s been known for years that the essential fatty acid Omega 3 is great for our health. From our heart to our heads, scientists have shown that it helps to keep our health in balance. Turns out it is also good for anxiety. In one study, students who took 2.5 milligrams a day of mixed omega-3 fatty acids for 12 weeks had less anxiety before an exam than students taking a placebo.

Omega 3 can be found in oily fish like salmon and mackerel, so doctors recommend including plenty in our diets. For vegetarians or people who are worried about mercury toxicity in fish stock there are plant sources available. Most seeds are high in Omega 3, or you buy cold-pressed oils from hemp seed or flax.

Originally from the Pacific island, Kava Kava can ease a person’s mind while maintaining clarity due to the active component Kavalactones that affect brain chemistry in ways similar to prescription antidepressants and anti-anxiety medications. However anyone with liver damage should proceed with caution because of possible toxicity. It also can interact with other medication, herbal or otherwise, so if you are considering taking it you should consult with your physician before using it. 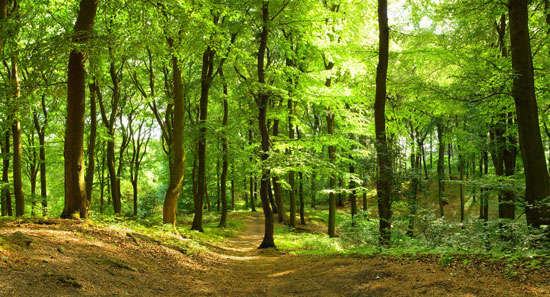 For me there’s nothing like touching nature directly for shaking me out of an anxious state of mind. Seeing an open sky, feeling the sun’s rays on my skin, hearing a bird sing, breathing in fresh air or just observing a beetle dragging a twig up a hill – there’s a whole host of therapy available to us just waiting to heal our frazzled nerves and calm our minds.

Ok I’m going to start here with a bit of a caveat. Endless reading of self help books is not the answer to beating anxiety (if indeed it has to be beaten). So while these books have got amazing insights and handy tools, there’s nothing like a roaring good read of fiction to capture the an overactive imagination and lead it, even if only temporarily, out of the anxiety loop.

But here are a few books that have given me some ‘aha’ moments, shifted my perception or just gladdened my heart.

Really I’d recommend any book by Thich Nhat Hanh, a Vietnamese zen buddhist monk, nobel peace prize nominee and prolific writer of books about mindfulness. But seeing as I’m writing about anxiety, it seems right that I mention his book called ‘Fear’ in which he shows us that by looking deeply and embracing our whole experience with acceptance, love and understanding, we can go beyond fear and anxiety to find fearlessness and inner peace. It includes some helpful mindfulness based exercises and is written with simplicity and love. 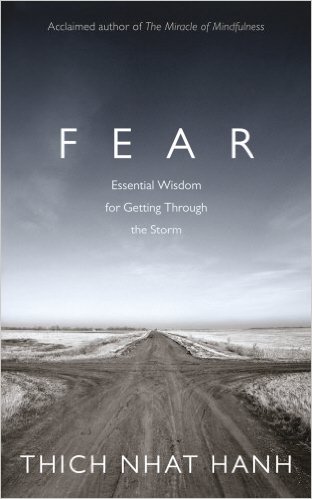 I came across Tara Brach being interviewed one day and she emanated such an aura of love and peace that I knew I wanted to know more. Turns out she’s a buddhist teacher and psychologist and has written a couple of books, the first being ‘Radical Acceptance’. From the title it’s fairly clear that it’s about accepting rather than trying to change those difficult emotions and she uses case studies of past patients to illustrate the principles, plus a bunch of guided meditations. 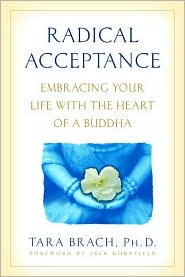 This was the book that first introduced me to the concept of CBT and awakened me to the possibility that what I was thinking wasn’t necessarily true. I found it a really useful tool and has loads of great exercises. It’s one of the forefathers of the self help books and is a classic. 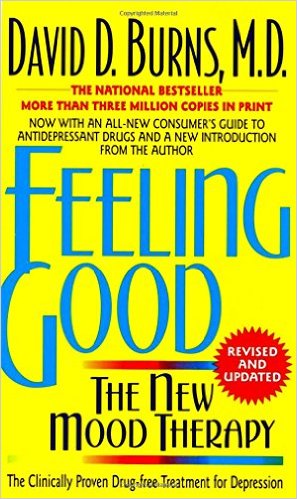 4. Anxiety as an ally: How I Turned a Worried Mind into My Best Friend – Dan Rykart

Sometimes rather than a professional with their perfect, anxiety free life telling you what to do to feel better, it’s reassuring to hear from someone who’s been there, done that and got the t-shirt. Dan Rykart’s book charts in a journal style his life from sudden onset of panic attacks in 2003 to using anxiety as his ally. 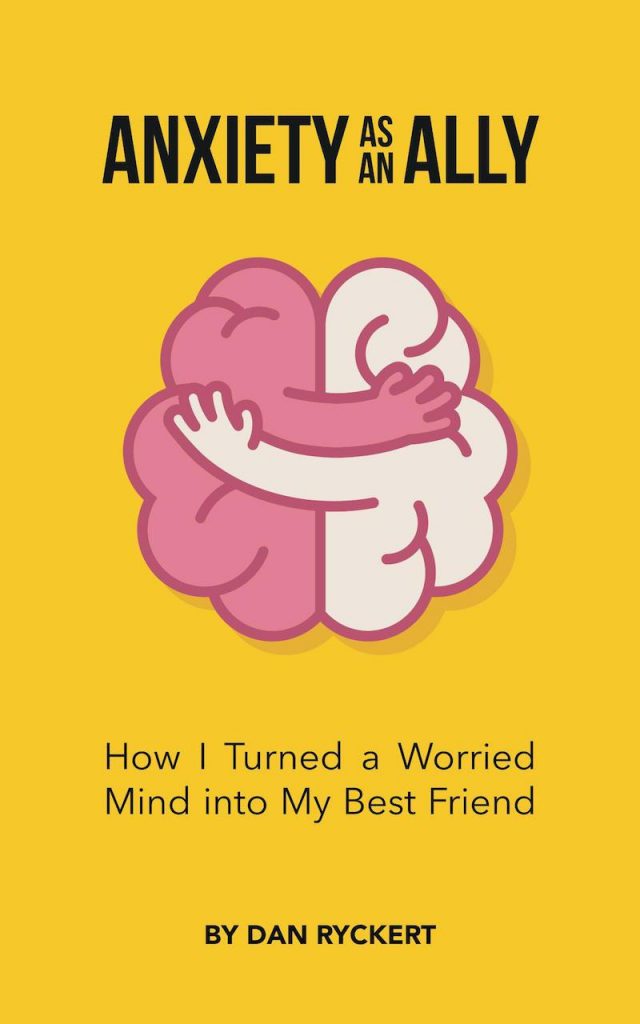 Barry McDonagh, psychology graduate, author and one time sufferer of panic attacks has come up with a no-holds-bar technique to move through anxiety which he shares in this second book.

I haven’t read this book as I don’t tend to have panic attacks, but the reviews are good and it looks like it’s worth a read. 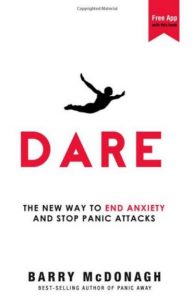 I really believe that mindfulness is a useful tool not just for anxiety, but for life in general. So it was great to find a book that refines the approach to people with anxiety. I read it a few years ago and found it useful and lent it to a friend who’d been having some life limiting anxiety episodes and says it’s changed his life.